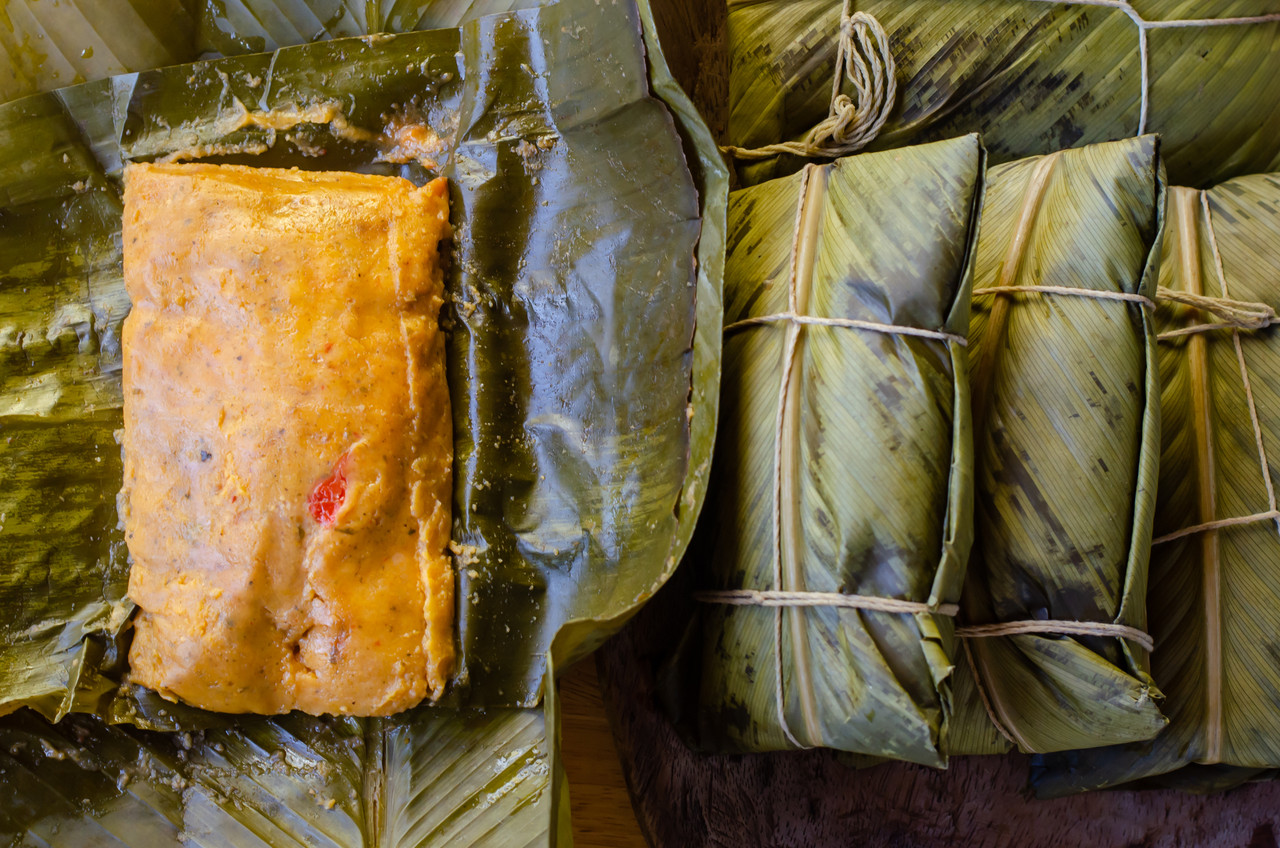 Tamales are a traditional Mexican dish made with a corn based dough mixture that is filled with various meats or beans and cheese.  They're easy to customize (chicken, beef, pork, vegetarian and even seafood) and make a wonderful make ahead meal that is sure to leave you wanting more.  Traditionally made with a banana leaf or a corn husk, this recipe takes the latter and uses it to create perfection out of your very own kitchen.

For the Masa Dough

Soak the corn husks in a bowl of very hot water for 30 minutes or until softened.

Freeze them for later: Allow the cooked tamales to cool, then place them in a freezer safe bag and freeze for up to 3 months. Re-heat when ready: Wrap leftover or frozen tamales in a few dampened paper towels and microwave until warmed through. The wet paper towels will help them "steam" as they are reheated. Be careful when unfolding them--they will be hot!